Underground Comedy is DC's premier independent comedy production company, producing over 60 shows every month. These shows have been featured on Comedy Central and in the Washington Post, Washington City Paper, and DCist. Comedians like Michael Che, Patton Oswalt, Michelle Wolf, Hannibal Buress, Judah Friedlander, and Jim Jefferies have performed on them.

Each weekend Underground Comedy brings rising comics from around the country to DC to perform. These comics have performed at comedy clubs and festivals all over the world. They have appeared on Comedy Central, Last Comic Standing, Fallon, Conan, Showtime, and HBO.

"The underground independent scene is amazing in DC. Specifically Underground Comedy DC. [Founder Sean Joyce] has shows every night of the week, and he’s partnering on a series of monthly shows that I think will be amazing. He brings in amazing talent, puts on amazing shows. The vibe is just right." - Sara Armour 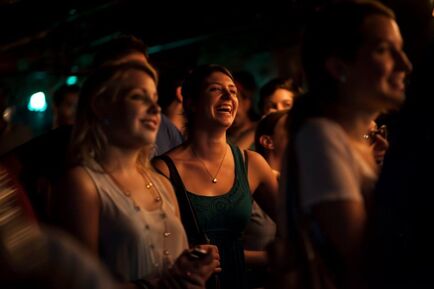